I wonder how long this will stay on youtube

I dunno, lately Youtube has been a fag about damn near everything.

But then again I come across vids that are three years old or more that are clear copy write and TOS violations, I think it matters if the vid is popular or stays below the view of the "Flag fags".

Apparently not all that much longer...its been removed due to terms of use violations...

SlimSkeeter said:
Apparently not all that much longer...its been removed due to terms of use violations...
Click to expand...

It was a music video, btw. 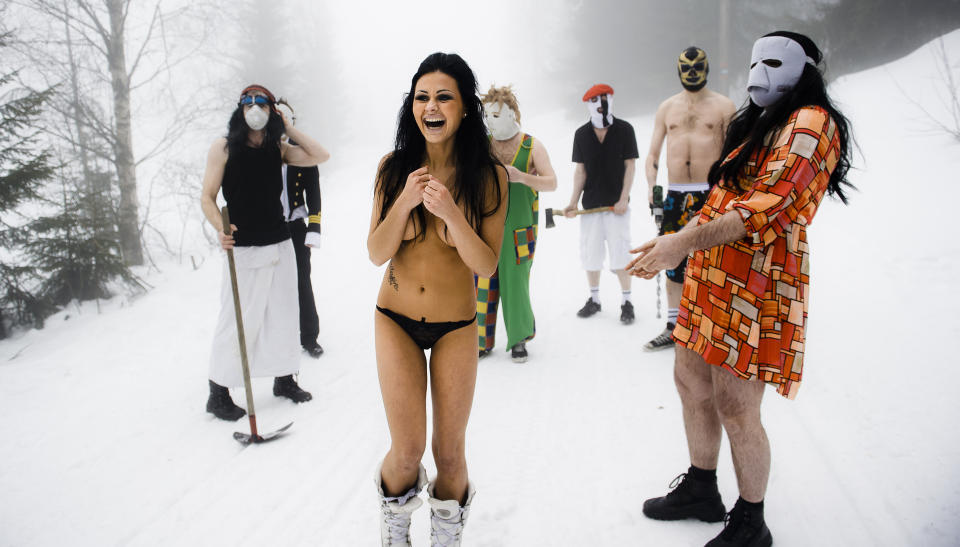 Scabby, can you recall which band this is?

Gzus said:
Scabby, can you recall which band this is?
Click to expand...

Sure, it's a local band from Bergen called BjÃ¸rn Hellfuck, which also is the name of the vocalist(far right on the picture above).
They usually make songs about homosexuality, crabs, beer and some more homosexuality, all in Norwegian. So.. dunno what joy you can get from these guys.

I found the music video on Vimeo btw.
And if your wondering, the chorus is roughly translated to "Do you want to touch my weiner? If so, I'll put it in your pooper"


And as a bonus nugget, here is their first hit, a song all about putting crab claws down other peoples panties.