Social media is misleading the News and they know it and do not care. 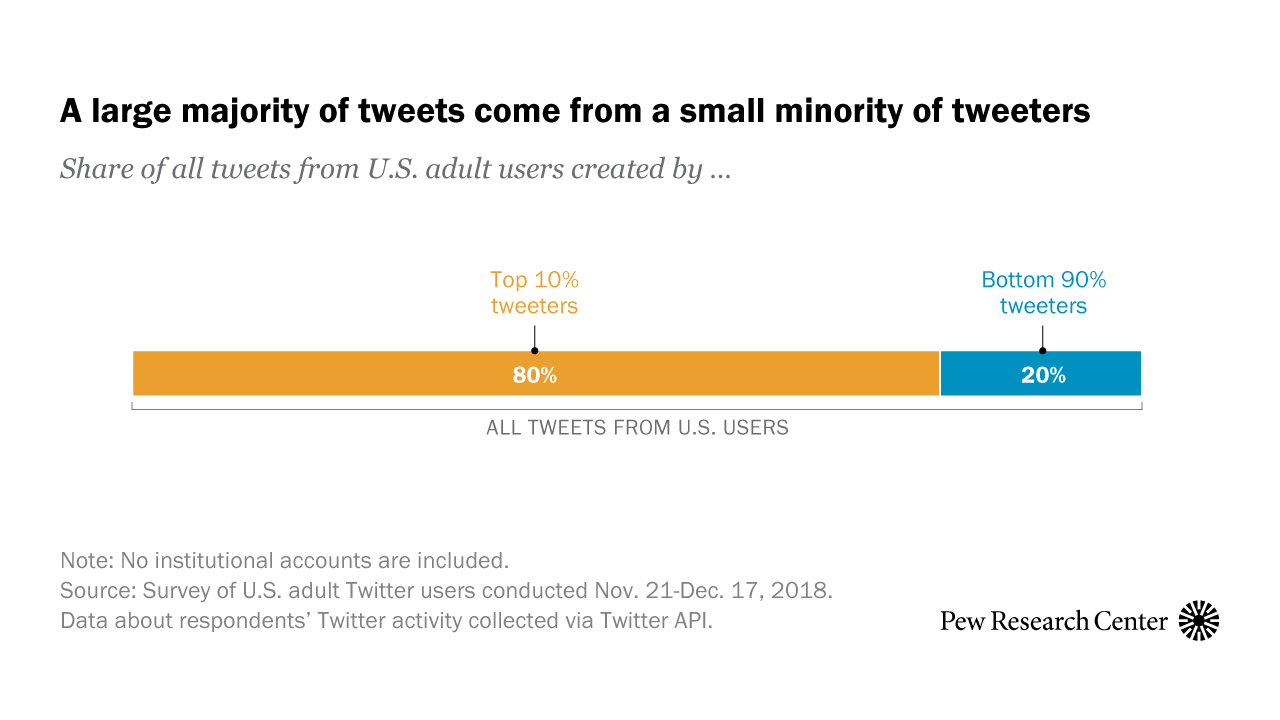 Key takeaways from our new study of how Americans use Twitter

Our first study of Twitter behavior based on a representative sample of U.S. adult users explores Americans' use of the platform.


In a recent Pew research piece they have found what MANY of us have suspected for years and years, That TWITTER is making an over sized influence on the American Landscape. Also, it seems, that many News agencies know this and have given NO care to how they use Twitter aggregate data as some " pulse of America".

What a load of bullshit. Dozens and dozens of times there have been CNN and MSNBC reporting based SOLELY on twitter data as the bedrock of its "proof". SO laughable, so horrible laughable.


Key bullets from the research in case you fuckers are too lazy to read it your self.


1. Among U.S. adults, Twitter discourse is dominated by a small share of tweeters. The most prolific tweeters – those in the top 10% by number of tweets – are responsible for 80% of all tweets created by U.S. adults. That includes all types of tweets: original tweets, retweets and quote tweets.

So what now? Will News agencies dial back their dependence on those 10% to determine the pulse of America? Now bloody fuckin likely if you ask me.

I cannot stand Twitter.
I don't use it, but there was a time in my life that I tried it.
It is where sheeple go to baaa. And where shepherds go to gather their sheeple wool. Icky.
Reactions: OverLord